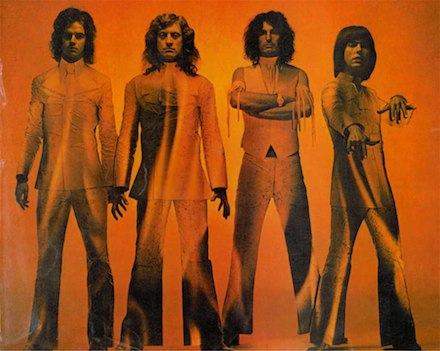 Slade In Flame charts the history of Flame, a fictitious group in the early 1970s who are picked up by a marketing company and taken to the top, only to break up at their zenith.

Mark Kermode called it the “Citizen Kane of rock musicals” and included its soundtrack among the 50 greatest soundtracks in cinema’s history.

Part of our Pop Music in British Cinema programme strand.

This entry was posted in Film, Programme. Bookmark the permalink.