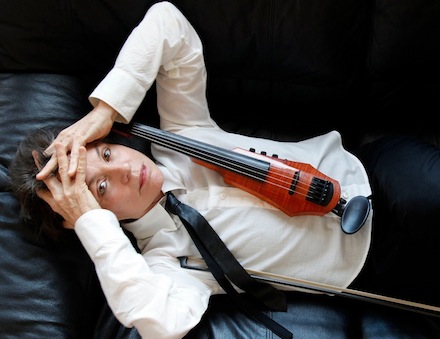 Sensoria is proud to be opening this year’s festival with the UK premiere of Laurie Anderson’s latest work, Another Day in America (aka DirtDay!).

Continuing her groundbreaking work with voice filters, story telling and music,  Another Day in America will feature Anderson’s stories about life in contemporary America. Politics, desire, portraits of cities and people combine with Anderson’s hallucinatory use of language to make up an epic description of the current American landscape.

Illusion, memory and the shifting states of American culture have been Anderson’s subjects since the late ’70′s. Another Day in America will take on the volatile present.

“Politicians are essentially story tellers. They describe the world as it is and also as they think it should be. As a fellow story teller, it seems like a really good time to think about how words can literally create the world.”

The evening will feature electric violin, keyboards and electronics.

Tickets for the Artist Talk and the performance may be purchased individually. A limited number of combined tickets for both events are also available.